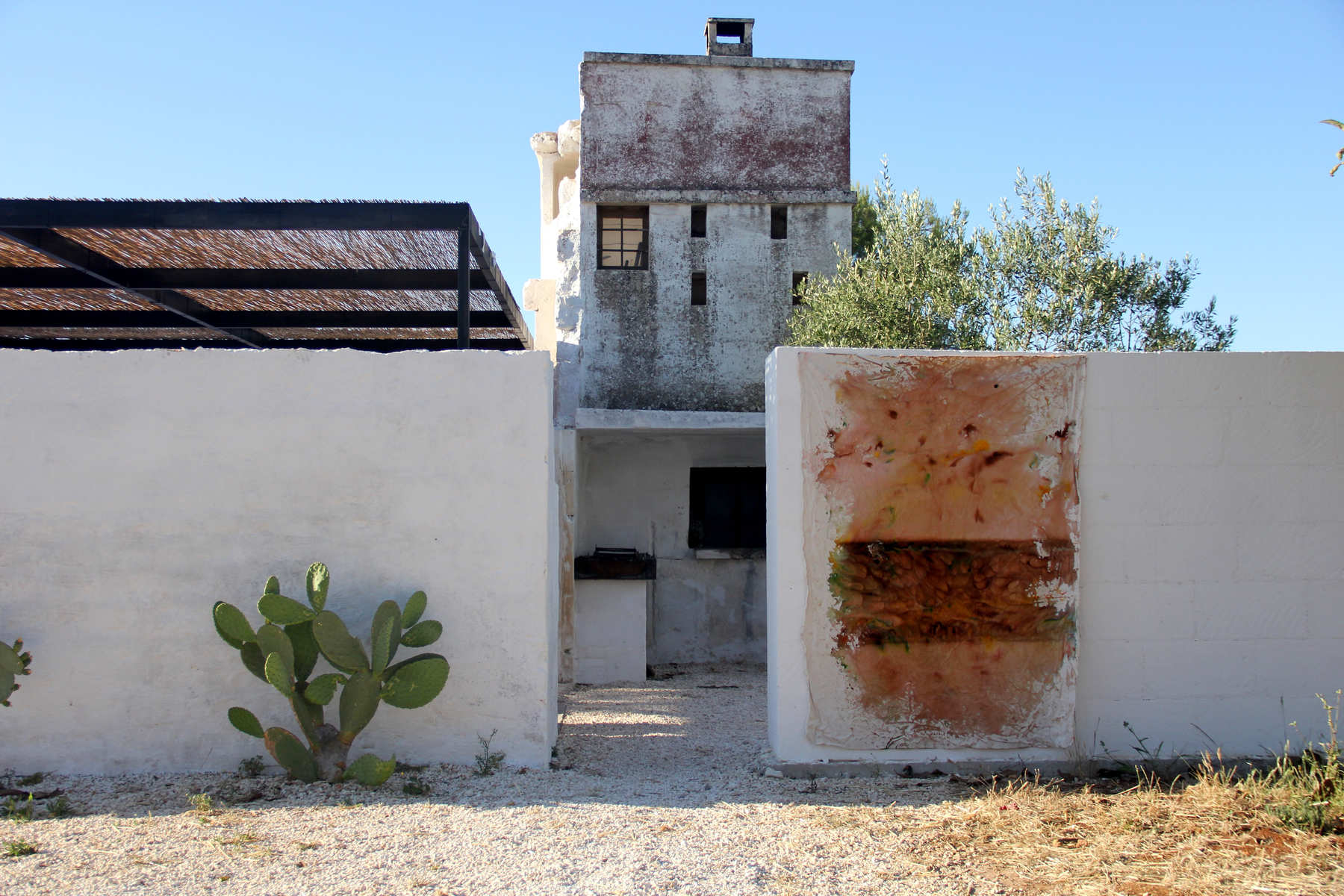 Posted at 15:02h in Events Archive by admin 0 Comments

In November 2016, Sneider traveled to Salento, the very heel of Italy, to visit towns detailed in ethnographer and activist Ernesto de Martino’s study of tarantism, The Land of Remorse. Tarantism, a possession dance noted since the Middle Ages, is ignited by the factitious bite of a spider while women work in the fields. The infliction must be exorcised through vigorous days-long dance and music. As noted in de Martino’s study, a majority of the women were never bitten, but the dance provided a public performative balm to poverty, grief, marital discontent and more.

Sneider will show a new series of dyed paintings- stretched, hung on ropes and leaning. Titled after the show and the small town in Salento, Depressa hangs in the windowpane doorway, both sides of the dyed canvas visible. Perched on the roof are cement and gypsum sculptures, cast and reformed from handmade washboards. The sculptures take their name, Foolery, from the ancient fulleries in Pompeii where slaves and workers used urine to clean and dye fabrics.

Sneider has previously exhibited work based on her research on Silvia Federici’s writings, Salem witches and history of women labor/violence in New England, and institutional grief and mourning.